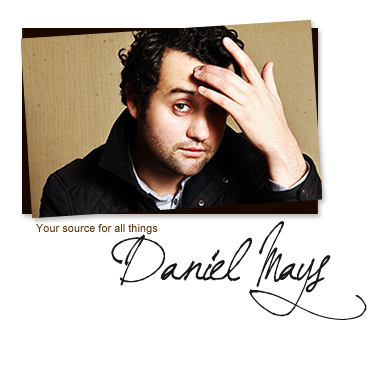 Â©2012 Daniel Mays Fan Website. This is an unofficial fan run website. I have no affiliation with Mr. Mays or his representatives. All copyright is to their respective owners. No copyright infringement ever intended.

Des has been nominated forÂ David Tennant for Best Performance by an ActorÂ andÂ TV Movie/Mini-Series at the 49th International Emmy Awards, winners will be announced on theÂ 23rd September 2021

Daniel Mays is to star in the tv programme Inside No. 9 Series 7